In the previous tutorial, VHDL tutorial – 14, we designed two circuits using VHDL: a 1×8 de-multiplexer and a 8×1 multiplexer.

In this project, we will, 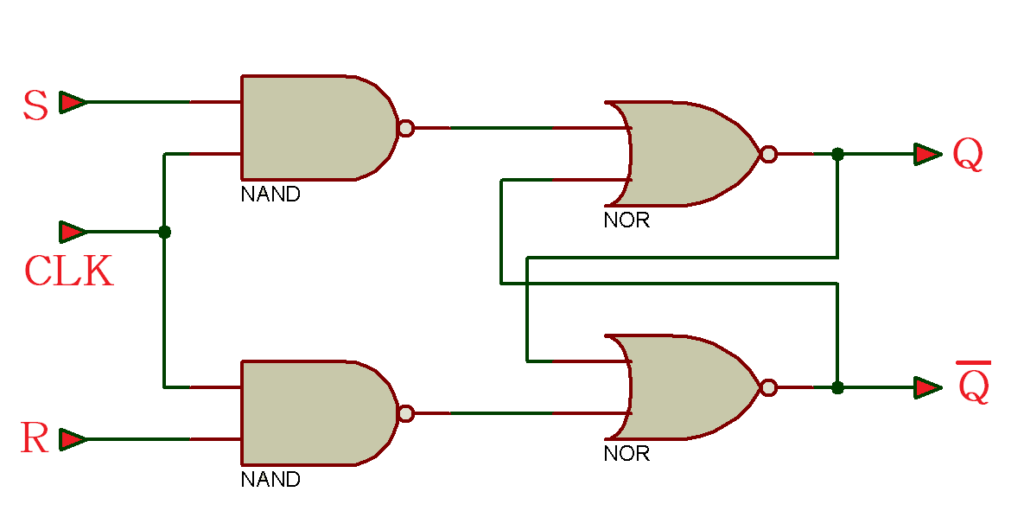 Now, let’s write, compile, and simulate a VHDL program. Then, we’ll get the output in waveform and verify it with the given truth table.

Before starting, be sure to review the step-by-step procedure provided in VHDL Tutorial – 3 to properly design the project, as well as edit and compile the program and the waveform file, including the final output.

For this tutorial, we’ve used a behavioral modeling style to write the VHDL program that will build the flip-flop circuit. This is the preferred modeling style for sequential digital circuits.

Next, compile the above program, creating a waveform file with all of the necessary inputs and outputs that are listed, and simulate the project. You should get the following result…

Be sure to verify the different combinations with the given truth table.

In the next tutorial, we’ll design a D flip-flop by using VHDL.