RGB LED is a combination of three LEDs red-green-blue together. It has four terminals – either anode or cathode, and the other three are for these three colors. Interestingly, when two colors inside the LED are turned ON simultaneously, the LED gives a different color. Also, as the amount or intensity of any color in LED varies, the resulting color is entirely different. So by combining different colors and mixing red, green, and blue colors, many other colors can be generated.

The given project uses an Arduino microcontroller development board to vary the intensity (amount) of red, green, or blue color by generating a PWM output wave. The width of the PWM wave is varied as per the potentiometer varied connected to the analog input pin. It uses three potentiometers to vary the intensity of red, green, and blue colors. By setting pots to different values, different amounts of red – green – blue can be set, resulting in one complete new color. So let us see how it is done. First, collect required components and other equipment. 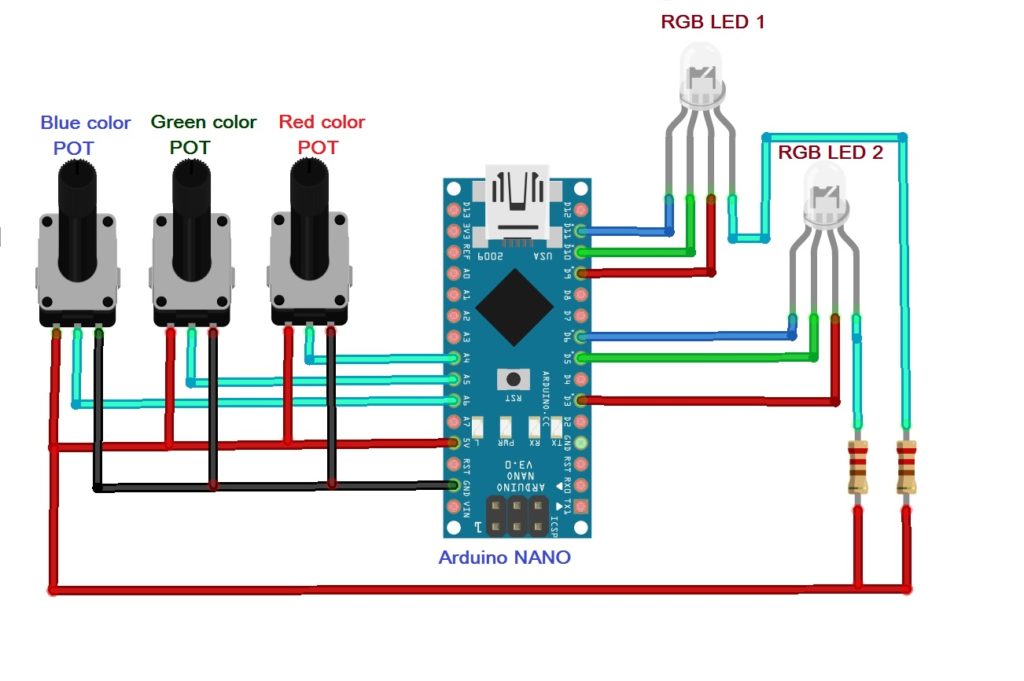 The figure shows that three potentiometers and two RGB LEDs are connected to the Arduino board.

Here is the snap of the circuit arrangement. 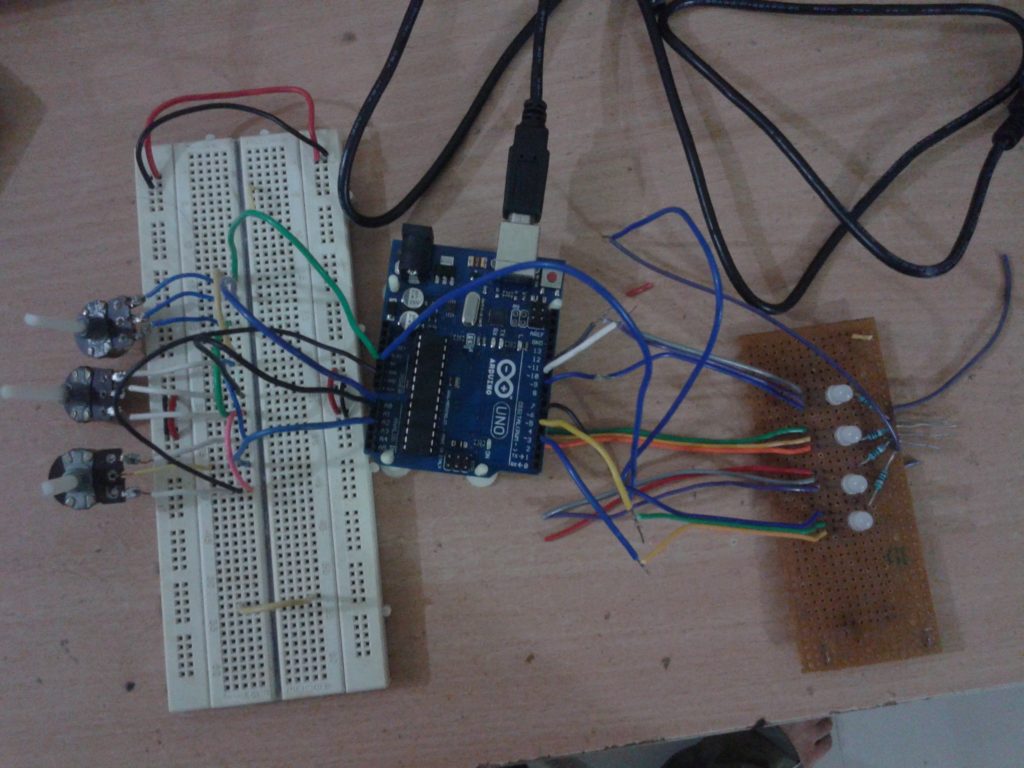 This operation is based on the program loaded into the Arduino board through the Arduino IDE software tool. The following program is compiled and uploaded into an internal flash of onboard microcontroller, the ATMega328.