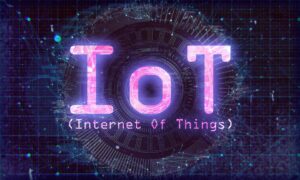 The STSAFE-A110 secure element support is being added and comes pre-loaded with IoT object credentials. It helps secure and simplifies attachment between the connected objects and the AWS cloud.

FreeRTOS comprises a kernel optimized for resource-constrained embedded systems and software libraries for connecting various types of IoT endpoints to the AWS cloud or other edge devices. AWS’s long-term support (LTS) is maintained on FreeRTOS releases for two years, which provides developers with a stable platform for deploying and maintaining their IoT devices.

Also, their extreme energy-saving design simplifies powering the application and extends battery lifetime in remote applications. Highlights include three different stop modes that maximize opportunities to operate at the lowest possible power and ST’s batch-acquisition mode that captures peripheral data even while the core is powered down.

The STSAFE-A110 EAL5+ certified secure element brings an authentication scheme and personalization service that allow an automated and secured attachment of connected objects to the AWS cloud. It safely relieves the historical burden on IoT-device makers to protect secret credentials during product manufacture.

ST will release a version of the reference implementation based on STM32Cube tools and software in Q3 this year, which will further simplify IoT design leveraging seamless integration with the rest of the STM32 ecosystem.