Continue to Site
Video is basically data; rather we can term it more aptly as a signal. The signal can be transmitted as analog or digital signal/data; but the thing which remains in the background is that what makes this signal so special.
Let us look at this that “how video is displayed on a screen”.
First we need to know the basics that a video is basically “moving pictures”. So how come they are different from the images. Consider the case of flipbook. Let me help: 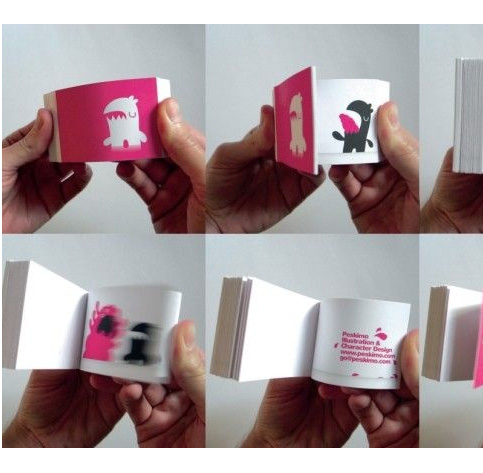 This is a flip book – a book in which we draw the images in succession and when we flip the pages then we see the people/animals present in images in motion. This is “pictures in motion”.
So we can say that video is made of images running in succession. These are technically called frames. A human eye can differentiate between individual images if images switch at rate of 10-12 images per second. If the rate increases from this value, then we get an illusion that the object in images is moving. The reason is that our mind display centre (visual cortex) doesn’t get enough time to retain the images and process them individually. 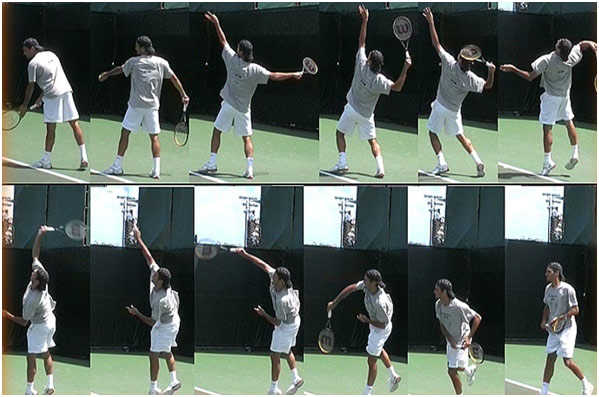 These are the frames of video (roger federer) . If we look now then we can clearly say that these are different distinguishable images, but when they run in succession at speed of 24-30 fps (frames per second) we are not able to distinguish them and we term it as “video”.

Next thing which we need to understand is PIXEL. We hear this word often but what is pixel. Generally speaking pixel is the smallest component of image. It is smallest addressable segment in an image. How it is displayed is topic of further discussion. Let us understand with an example: 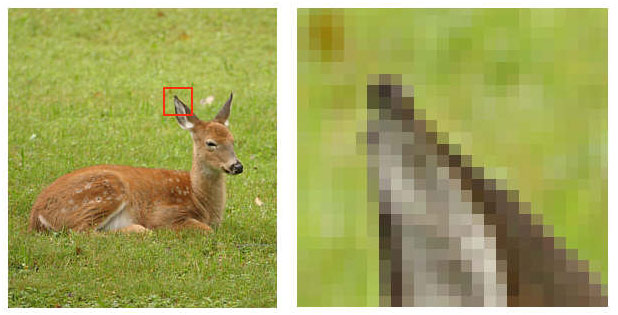 If we look at the image then we can see that ears of deer are made of discreet colored elements and they are called pixels. But one more thing needs to be kept in knowledge that these pixels should be at a distance from each other and viewer that when viewed they collectively turn out into a meaning image. Let us consider the case.
In a monument where artwork is created by tiles, this concept is proven. If we 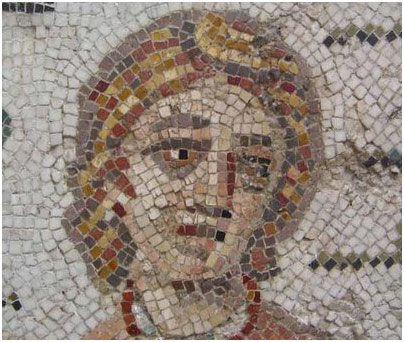 see an artwork as shown in above image then we can see different tiles (consider each as pixels). But if we watch this from distance then we will see it as whole with no individual tiles or pixels. So distance is also important factor.

Now let us club what we have read. To display a video we need to:

Display the individual image or its pixels (by its address) at proper distance to enable their meaningful display; with the pixels  individual properties of colour, luminosity, depthness, contrast, brightness etc related to that pixel. And these images should change at a rate unnoticeable by human eye.
Display Device
The display device which is most basic and simplest in its working is CRT-Cathode Ray Tube. Let us look at the figure below. This is internal of a typical CRT monitor. 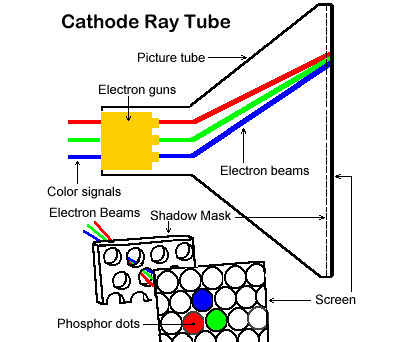 There is electron gun circuit that is present. Its job is to divide the video into separate Red, Blue and Green signals. This is much needed because it allows sending individual Red Blue Green electron beam to be sent to the screen, thus generating different colors. These electron beams are focused by the electromagnets that are present and then pass through the mask which allows them to fall to the correct place. But how they generate colors is still not known. Let us discuss it.
At the screen end, screen is coated with phosphors. It is special material which glows when a beam of electrons hit it. As shown in the figure the phosphor is present on the screen. There are three phosphors that are generally used – red, blue and green and they are needed to generate the colors. There is a shadow mask, which is perforated and is aligned to phosphor dots/grid pattern. So whenever we need to generate color electron beam of that specific color is fired and it falls on respective phosphor to generate that color. The combination of these colors leads to formation of other colors.

The phosphors are arranged in two patterns that is dot or grid pattern. Both of them are shown below, that is how image is made from colors.

Aperture grill
So with the help of above image we can clearly see that how an image is displayed by the combination of these three colors.

Now we know that how colors are displayed at a point; But how is video  displayed?
To understand this we should understand that any video signal is composed of 5 basic components: Red, Blue, Green, Horizontal sync and Vertical sync signals. The Red Blue Green color information is used by electron gun circuit to control strength of electron beam.
Consider a screen of resolution 640*480. 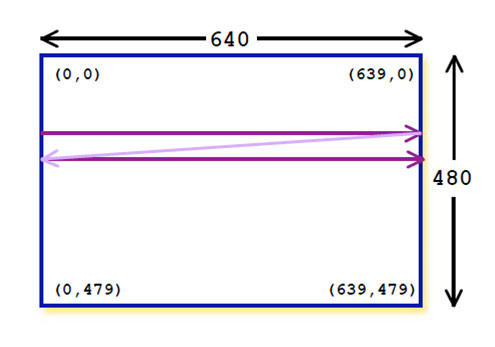 To draw a image pixels are painted, one pixel at a time. It starts from 0,0 coordinates which is its address. When the first row is painted it jumps to next row and hence moves to the last. When all the rows are painted then the process of refreshing the screen begins. The video signals needs to draw the screen/pixels continuously at a rate of 60 times every second. This is known as refresh rate. 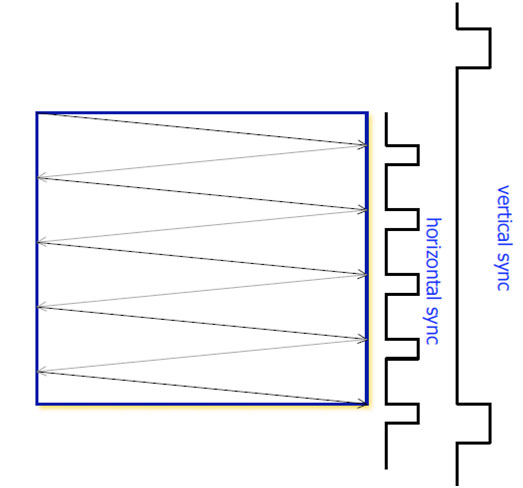 The vertical sync signal is used to notify that a new image is to be displayed. It tells monitors to start display at (0,0) coordinates. The horizontal signal notifies to refresh next 640 pixels row. When screen is made then again vertical signal is sent.
So to display any video we need to display a image and refresh the image continuously. The basic circuitry needed for this is

Pixel generator makes image and sync counter leads to refreshing the image to display the video in proper format.
Filed Under: How to, More Editor's Picks